Now although high season is obviously high season for a reason – the supposedly more favorable weather, etc. The low season is dramatically understated – there are less people, fewer tourist traps, and a more authentic feel to the place in general. In Phuket, you need to know how to take advantage of the so called low season.

Perks of the season
First of all, your accommodation is probably going to be a lot better value t 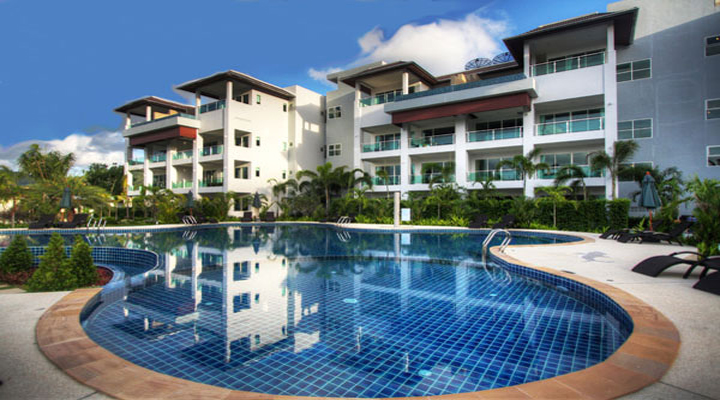 han in high season. Whether that be a yacht, a hotel, a hostel, or a rented apartment. In low season you can find all the best deals which means you have more spare cash to do all of the fun things. Flights can also be significantly cheaper in low season; companies are of course going to charge a premium during the most popular times when demand is higher. Less money spent on travelling means more spare funds for all the activities or tours that you wish to undertake. Of course in low season, these are also likely to be more competitively priced. You will also find that in the low season locals are a lot friendlier and more appreciative of your business.

By far the biggest lures of the low season, above and beyond the lower prices is the peace and quiet that comes from less tourist activity and also the colorfulness brought out in nature by the rains. The low season in Phuket all up just feels so much more relaxed, which is probably a key reason you wanted to go away in the first place right? Seems like a no brainer when you think of it that way.

A little warning – especially for sailors 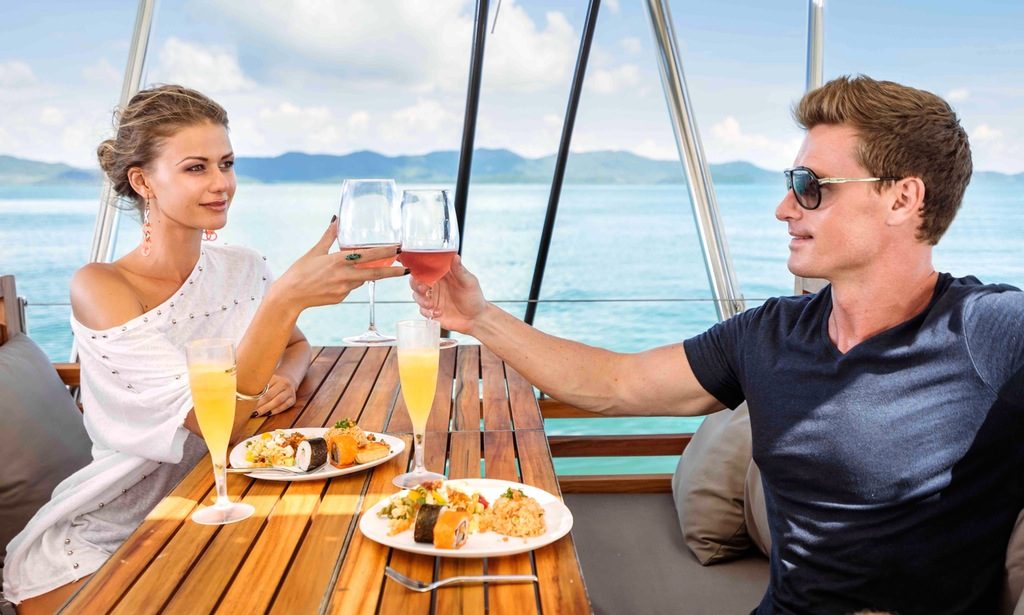 One thing that you should bear in mind when travelling in low season to Phuket however is that the rains can bring with them severe winds, which often means that huge waves can come crashing into the beaches and strong undercurrents take hold. Therefore, when travelling in this season pay attention to weather warnings, and always be cautious when near the sea. Red flags are used to signal to beach users when there are strong undercurrents, so if you see red, don’t enter the waters. At Simpson we ensure each yacht has the expected sophisticated weather instruments.

So when is low season?
Ok so the low season official runs from May to October. November to February is often thought to form part of the season because it is cooler in nature, but this period is characterised by dryness and thus does not form part of low season. It is typically quite paradoxically one of the busier times due to it being a little cooler which is slightly more pleasant. The humidity levels are lower, and there is blue sky without the sweltering temperatures. So this time actually forms part of high season. The hotter weather usually arrives in March and lasts until May when the low season – the rainy season begins. The hot season is thought of as the mid-season in Phuket.
Which is the best month to go?
Now as the low season runs for quite a few months, I expect you are wondering which month is best to go for. Well the highest rainfall levels can be seen in May, September and October meaning the best months of the season to come visit are June, July and August. In these months the rains tend to come in short sharp bursts which can be refreshing, and mean that outdoor activities can remain on the itinerary unlike in the heaviest rainfall months. Prices of boat trips and other outdoor activities are still usually a lot lower than in high season or mid-season during these months.

So May is when the low season starts. The average temperature does drop a touch, but there is a rise in the humidity levels which kind of makes up for that. It is the wettest month, but bursts of sunshine do break through. Rainy season can often arrive late, so early May is a good time to make the most of the bargains and still catch the tail end of the good weather. The towns and beaches are quieter, and it’s still warm.

June still gets regular showers but not quite as much as May and the other wettest months of the low season. You are more likely to get periods of sunshine too, and so June is a great month to make the most of the low prices, and the peace and quiet. Flights in June are among the cheapest, and hot spots such as Patong quieten and staff become increasingly friendly and competitive to win your business. June can also be thundery sometimes – which many tourists adore!
July is pretty similar to June in terms of the climate, and in terms of the great deals you can find when it comes to accommodation and activities. It is another great choice when considering travelling during the low season in Phuket. As with the rest of the low season, water activities can be disrupted and so it is a good idea to stay somewhere which has a number of indoor activities too.
August is characterised by its puncturing showers, which means there are a good number of bright spells too. In August you can expect to pay up to fifty per cent less on things like hotels and flights compared to the high season. It is the best month for saving money in the low season without a doubt! 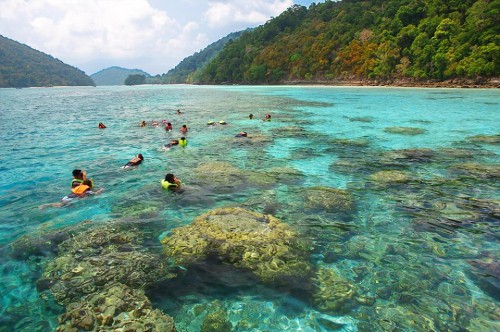 September, like May, can be one of the wettest, and it also has high humidity. This means it is probably the least popular month of the whole year – however this does mean you will be treated like royalty by the local business owners, bar managers, and restaurateurs. It also means that there are the least number of tourists which means you get to see the most authentic side of Phuket.
October is the end of the low season. This means the weather starts to improve, the rain starts to lessen, but you still get all the good deals which characterise the season. The sea also is more likely to be calmer than the rest of the season and so some of those water activities might just be back on the cards after all!

Island hopping is a great low season activity; under the cover of cloud you are less likely to get sun burnt of course! There are a number of islands just off of the main island of Phuket, many of which lay to the East. Koh Rang Yai is just one example. This island is known for its peaceful environment, long beaches, warm water, and special current which will carry you along the length of the beach rather than outwards! There are lots of great walking trails on this island too, and you can even rent a bike! On this island you can also find an air-gun shooting range, a mini-golf course, and a volley ball net too! 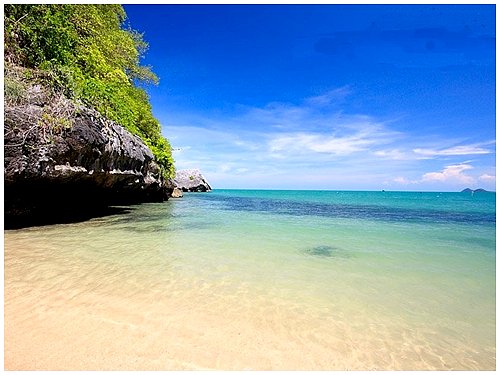 Koh Yao Noi allows you to step back in time, and experience what Phuket was like in a time gone by. An authentic Phuket experience, this island provides numerous opportunities for visitors such as hornbill watching, a trip to a pearl farm, or just taking in the atmosphere on the tranquil island. Koh Hae is known as Coral Island, and this is due to its popularity with snorkelers thanks to its beautiful coral reefs and marine life. The island has two main beaches; Long Beach and Banana Beach which can offer hours of exploration. This is a great island to visit in the evening when it is at its most peaceful. Koh Maphrao is known for its gorgeous Mangrove forests and floating restaurants which are renowned for their fresh seafood.

Although many water activities are not advised during low season due to the dangerous currents and winds – all is not lost. Day trips to some of the above islands are still a go, and there are some live aboard dive cruises to explore too. Yachting can still be a beautiful experience, and sea canoeing in areas such as Phang Nga Bay is still possible. Fishing is also a great past time in the low season, fishermen are often busiest at this time. You will need strong sea legs however, but the roughness can add to the fun of it!
On land there is also plenty to do, with a plethora of golf clubs, museums, nature walks, and national parks to explore. The Khao Phra Thaeo National Park must not be missed with its dramatic waterfalls, cheeky gibbons, and a wide array of birds to spot. You could also embark on a jungle trek which is much more magical in rainy season as that is when the forest really comes alive. You can also try your hand at tennis, or horse-riding, or even shooting or go karting! There is also the bungee tower, and catapult bungee for those adrenaline seekers among you!

So in conclusion…
If you are choosing to go on holiday for some peace and quiet, and for an authentic experience – low season in Phuket is right for you. Despite the unpredictable weather there are plenty of activities to keep you busy, and lots of sites to see. June, July and August are probably the best months of the season to travel, and in this time you will still get good old bursts of Thai sunshine as well as the thunderous downpours which are nothing short of magical.

If you are interested in exploring Phuket in low season on one of our yachts, please do get in touch so we can help you plan your perfect trip.