Begin your charter with a visit to the wildlife-rich Shetland Islands for an up close and personal experience with penguins, Elephant Seals and seabird breeding colonies. Located at the northernmost point of Antarctica the islands have a rich history from the whaling and sealing era and are also home to many multinational scientific research stations. Come ashore and wander through bustling penguin rookeries and get up close and personal with southern elephant seals as they rest on the beach. Cruise the coast by tender for chance encounters with whales, seals and other marine life. 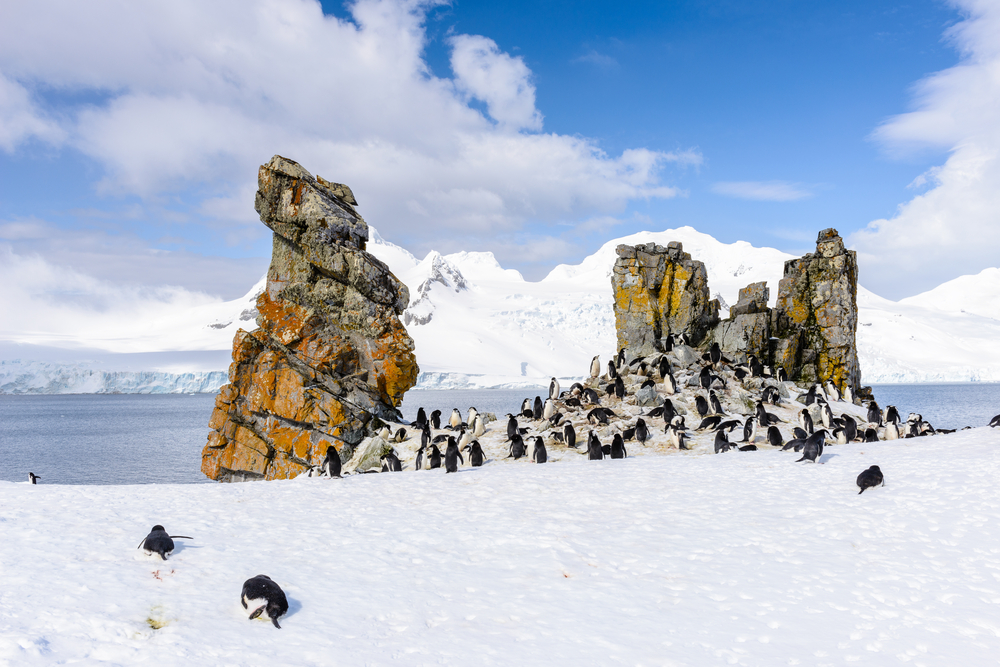 Known to many as “Iceberg Alley”, Antarctic Sound lies off the tip of the Antarctic Peninsula where massive tabular icebergs drift north from the Weddell Sea. Explore this spectacular region and, if ice conditions permit, head south along the eastern side of the Antarctic Peninsula to try and catch a glimpse of the elusive Emperor Penguin on Snow Hill Island, home to a recently discovered colony of 4,000 breeding pairs of Emperor Penguins. 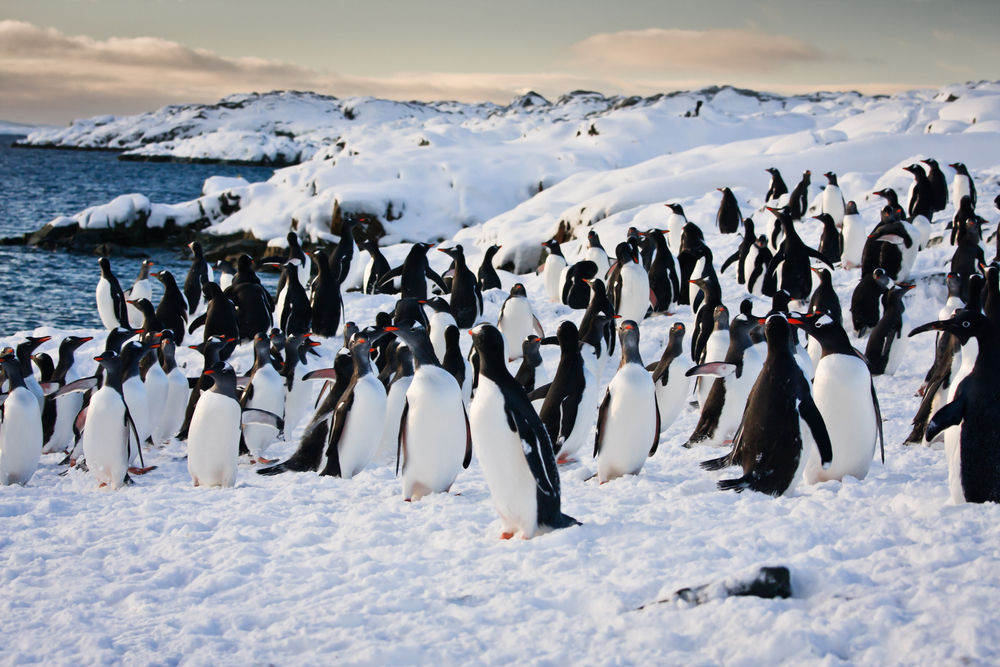 Visit Brown Bluff, named for the huge cliff of volcanic rock that dominates this spectacular landing site, home to hundreds of Gentoo and Adélie Penguins, and come ashore if conditions permit. Cruise south along the edge of the Antarctic Peninsula, absorbing the magnificent scenery and seeking further adventure. Observe huge coastal glaciers spilling directly into the sea, cruise right up to an iceberg, or step ashore to climb a snow-covered hill (and then slide down back down again!), or kayak amongst icebergs. 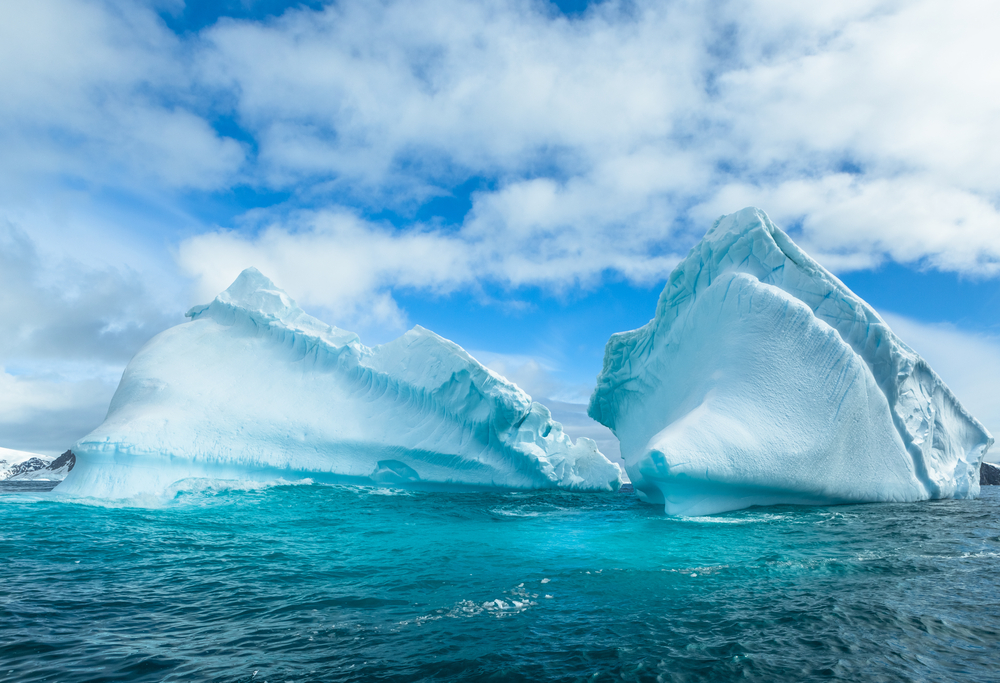 Anchor amid the ice and come to shore to visit a colony of Gentoo penguins that have taken over an abandoned Argentine Research Base. A short climb up a nearby hill will give you a breath taking view over the bay. Passing between the soaring cliffs of the majestic Neumayer Channel, arrive at one of Antarctica’s most exciting anchorages, Port Lockroy. A designated Historic Site and part of the British Antarctic Territory, Port Lockroy also functions as a museum and is the only public post office on the Antarctic Peninsula. Visit a Gentoo Penguin colony, view nesting Blue-eyed shags and witness reminders of past whaling activities. You might also visit to Palmer Station, a modern Antarctic Research Station (USA). 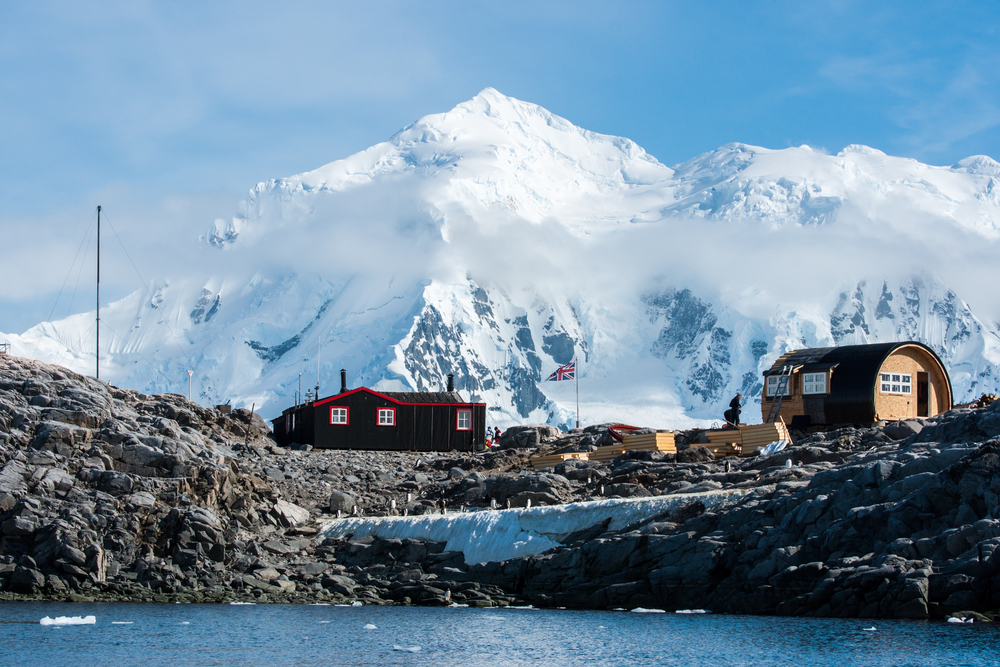 Cruise through the memorable waters of the Lemaire Channel, nicknamed ‘Kodak Gap’, an iconic 11km stretch of water between the steeply plunging cliffs of Booth Island and the glaciated landscape of the Antarctic Peninsula. Taking to the tenders, motor amongst the icebergs and look for close encounters with humpback whales, orca and seals basking on the ice. Venture ashore on Petermann Island to visit a bustling Adélie penguin colony. Pay an evening visit to the Verdansky Scientific Research Station for a taste of Ukrainian hospitality (and perhaps some homemade Ukrainian Vodka!) 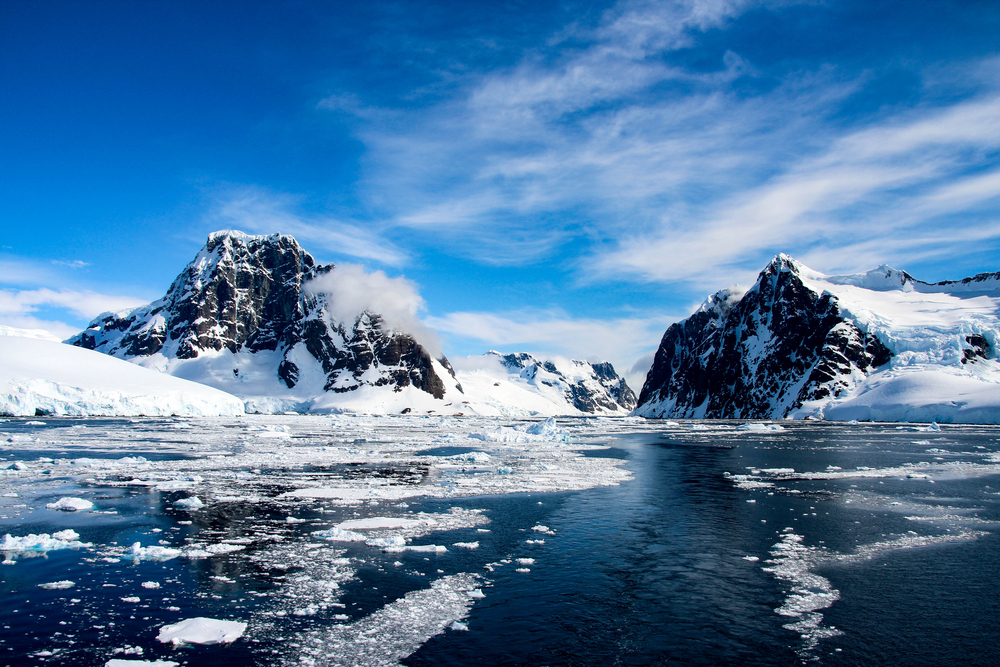 Day 8: Across the Antarctic Circle

Sea and ice conditions permitting, today you will venture across the Antarctic Circle – further south than most Antarctic ships ever go. For the very brave, celebrate the crossing of the Antarctic Circle with a sub-zero polar plunge! Enjoy a one of a kind experience and make overnight camp on the ice, with your yacht moored up nearby. Don’t be surprised to awake the next morning with a few new neighbours… Weddell and Crabeater Seals have been known to bid for the same real estate.

Spend the day revelling in the icy wonderland of the Deep South. Explore a graveyard of huge grounded icebergs by tender – a photographer’s playground! If it is silent solitude you are after, you may prefer to slip quietly amongst the ice in the sea kayaks, keeping an eye out for wildlife as you go. Climb a snow-clad hill for sweeping views of the Antarctic Peninsula’s rugged icescape. 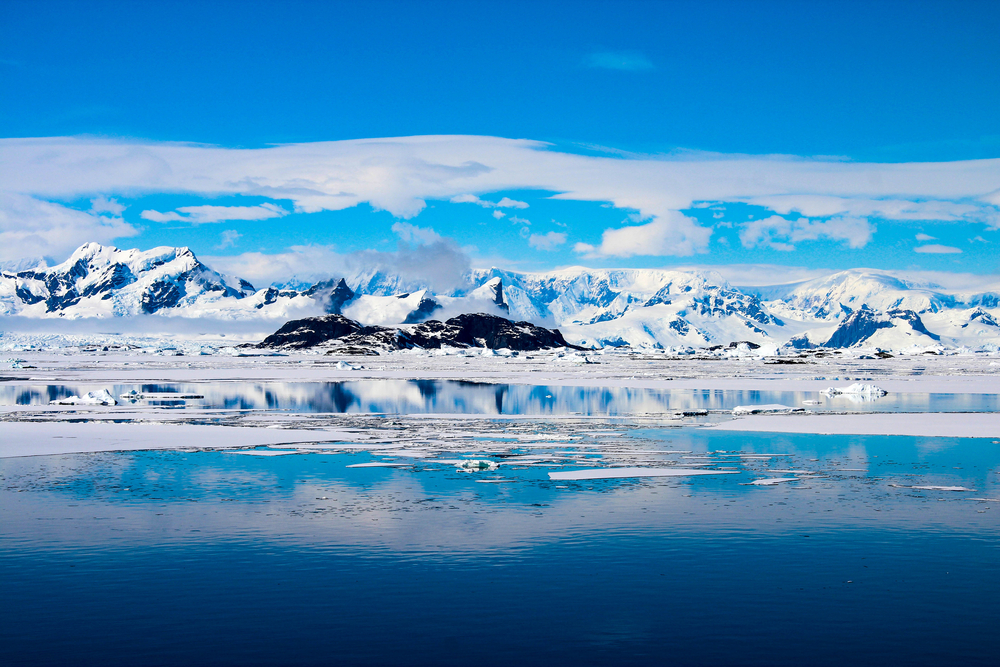 Day 10: The Gullet, Crystal Sound and the Fish Islands

Motor through “The Gullet”, a narrow channel separating Adelaide Island from the Antarctic mainland. Named for the complex of twisting channels that look something like a digestive tract, and choked with ice for much of the year, the Gullet is notoriously difficult to pass through, but rewards adventurous navigators with spectacular views of the high mountains and tumbling glaciers on each side of the channel. Ice conditions permitting, attempt to land at an abandoned British Survey Base of the 1950’s, where equipment and stores left behind provide many clues as to what daily life must have been like for researchers. In the afternoon explore the Fish Islands in search of Blue-eyed shags, Adélie penguins, spectacular ice formations and Leopard Seals.

Move north through Gerlache Strait in search of whales – humpbacks, orca, Minkes and perhaps even the gigantic Blue whale. Cruise along the scenic Errera Channel en route to Cuverville Island and go ashore to explore a large colony of Gentoo Penguins. Continue on to the Melchior Islands in Dallmann Bay, known to some as the “Venice of Antarctica” because of the many narrow canals within the island group, where you can enjoy more wildlife encounters, magnificent glaciers and snow-covered hills to slide down. 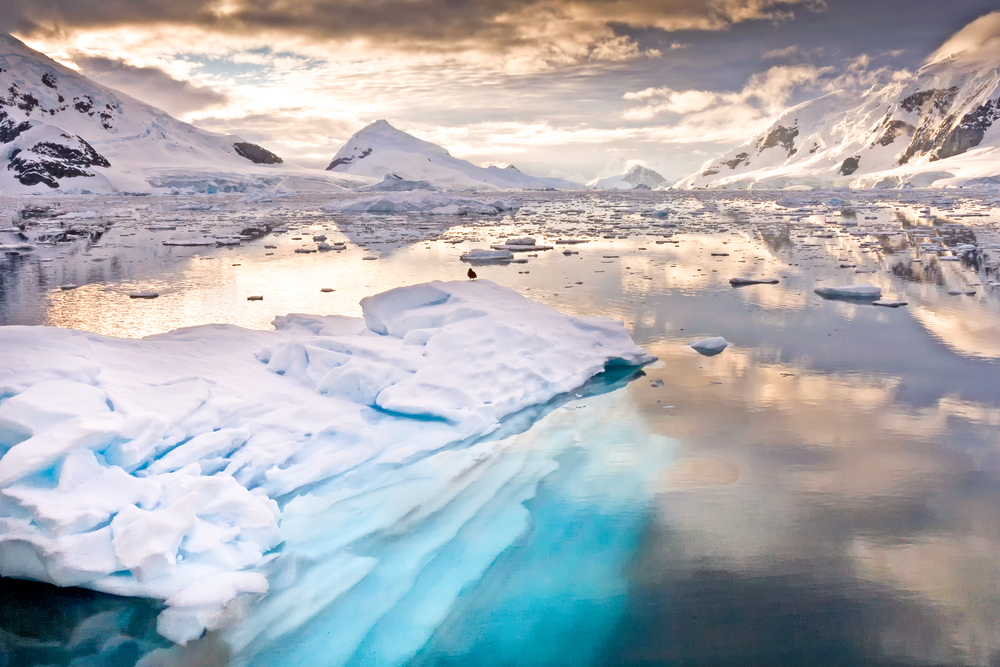 As your trip begins to draw to an end visit Livingston Island, part of the South Shetland Islands, which is further north than the Antarctic Peninsula and boasts a (comparatively) milder climate and rocky land with less snow and ice cover. The island is home to a huge variety of wildlife including Gentoo, Macaroni and Chinstrap penguins which nest together in large numbers, other seabirds including Giant Petrels, Kelp gulls, Skuas and Snowy Sheathbills, and Southern Elephant Seals and Antarctic Fur Seals.

Round off your charter with an unforgettable visit to volcanic Deception Island, where you can sail into the caldera of an active volcano! Your captain will carefully navigate through “Neptune’s Bellows,” a small gap in the caldera. Marvel at the sight of thousands of Chinstrap Penguins covering the hills at Bailey Head and inside the caldera, explore the extensive ruins of an old whaling station. An eerie sulphurous steam rises off the beach, which adds to the otherworldly feel of the island. The brave-of-heart may decide to don the bathing suit and take a quick dip in Antarctic waters, as the shallows just off the beach are warmed (slightly) by the geothermal activity below! 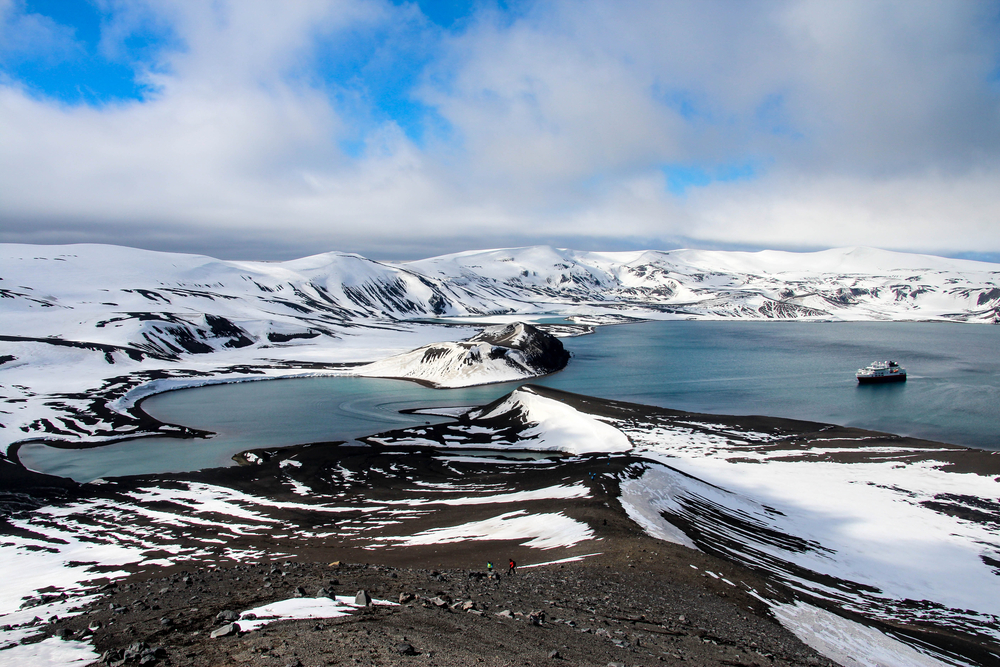 With your Antarctic adventure now at an end, depart your yacht with memories to last a lifetime.