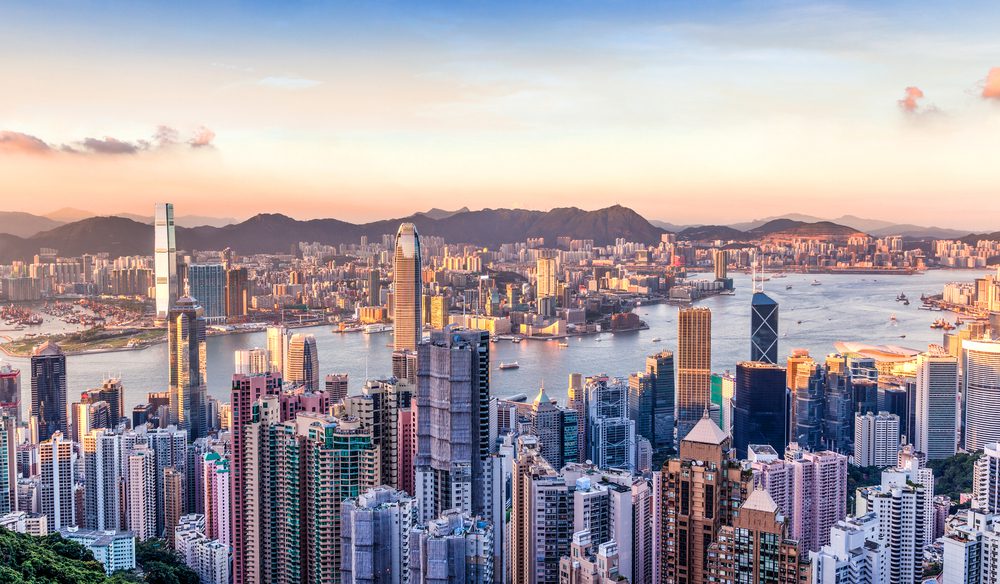 The Best Destinations to Sail Round Hong Kong

Sailing makes for a great vacation choice as it brings you closer to the sea and offers easy access to various beaches and diving sites. It is also its own self-contained accommodation that lets you control the level of privacy you can enjoy by simply having the freedom of movement. You can choose to visit more mainstream tourist attractions that draw large crowds, or simply sail away to more remote locations where you could find yourself enjoying an entire beach all by yourself simply because it is on an uninhabited island.

Hong Kong is one of the best destinations from which to charter a boat and go out to explore the open waters or island hop. With a harbour right on its doorstep, you can easily make time to go out on a sea excursion, be it a half-day or weeklong trip. Hong Kong is made up of over 260 islands that vary greatly in distance from the main Victoria Harbour which easily allows for this. Fortunately, you can easily find a yacht charter company in Hong Kong that can provide different kinds of vessels from bareboat catamarans to mega yachts.  Here are some of the best destinations you should include in your itinerary when sailing the islands.

Middle Island and the Southern Beaches 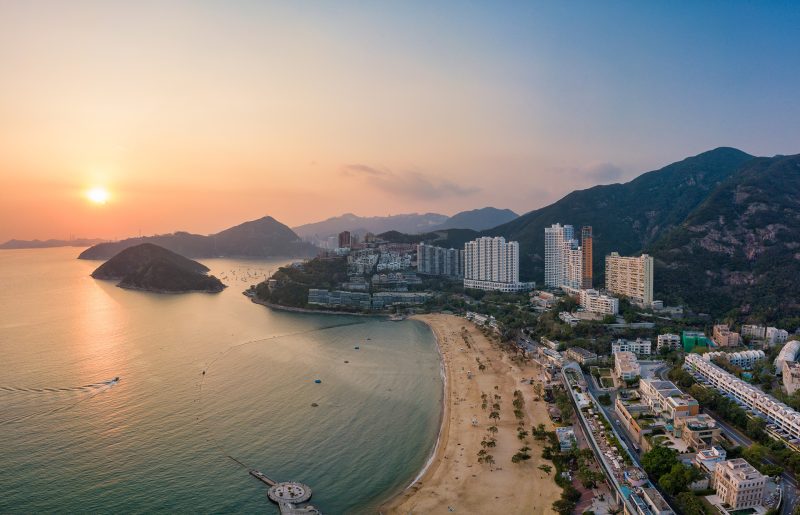 Just a few minutes from the mainland, Middle Island is home to the renowned members-only Royal Hong Kong Yacht Club which cares for a quiet secluded beach that is open to the public. Here you can find yourself sailing amongst club boats and have an opportunity to dine at the club’s alfresco bar and restaurant. Travel through Jade Bay and you will find at some point you have left behind the day-trippers and ferries and may quickly find yourself on your own as you sail through the channel. Encompassing the picturesque Middle Island are Hong Kong’s most popular bays and beaches with Deep Water Bay, Repulse Bay and South Bay. And right across Repulse Bay, you will find a hidden gem only available by yachts, the Round Island with its turquoise waters and white sand beach.

Hong Kong’s most loved marine geo-park with an array of spectacular beaches and bays including the paradise-like Tai Long Wan, Longke Wan, Millionaire’s Beach, Snake Bay, Bluff Island and many more. The area enjoys some magnificent landscapes and pristine clean waters throughout. It’s a natural reserve that let you escape from the city. 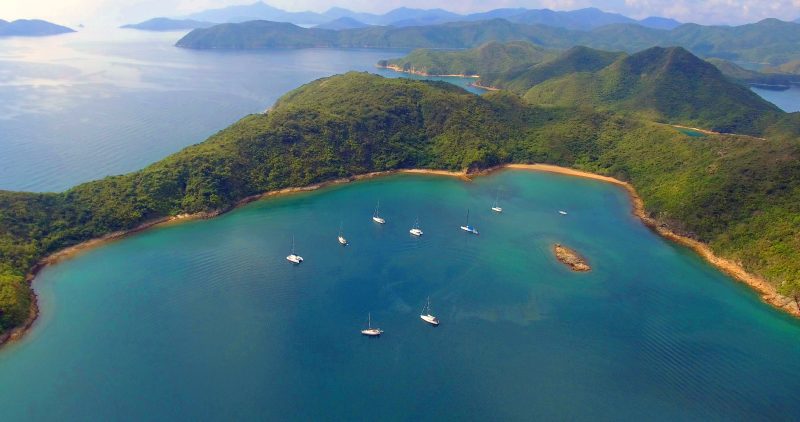 A harbour enclosed by Double Island, Crooked Island, and Crescent Island, Double Haven is also partly within the Yan Chou Marine Park which is famous for its marine life. It is a very scenic environment that offers calm waters on which to sail and thick mangrove forests that cover the landscape. You can also capture glimpses of projecting headland, rocky cliffs, and different types of beaches. You can travel inland for hiking, though some areas may require you to kayak your way in. 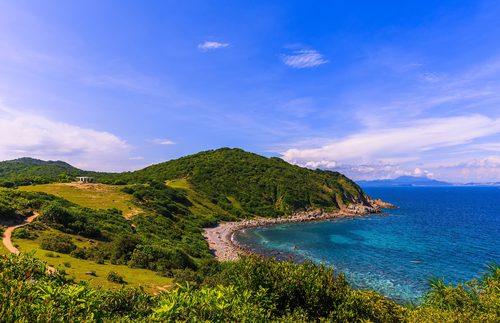 Also referred to as Grass Island, Tap Mun is situated to the north of Sai Kung and makes for a small but burgeoning cultural attraction. It was once said to be a pirate hideaway with a secret passageway from one of the centuries-old temples to the sea. It is made up of craggy beaches and grassy hills that make for a great hiking experience. From the hilltop pavilion at the centre of the island, you can enjoy sweeping views of the sea and other islands. 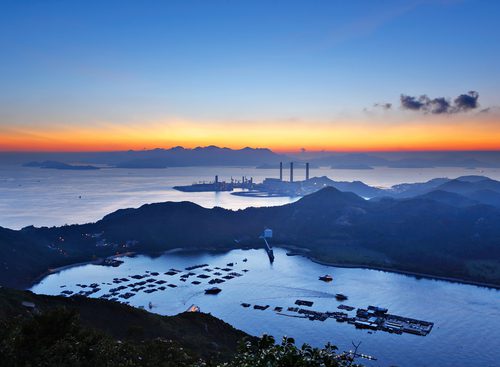 A popular retreat for Hong Kong residents and holiday home destination for many foreigners, Lamma is an island rich in rolling green hills, beautiful bays, and sweeping views of the ocean. It has a few beautiful beaches like Shek Pai Wan, Lo So Shing, and Hung Shing Yeh where powdery soft sands make for the ideal resting place as you sunbathe or lounge around reading a book. The island has many restaurants and cafes, besides hiking trails that will take you to hilltops for lovely views of the land and seascape. 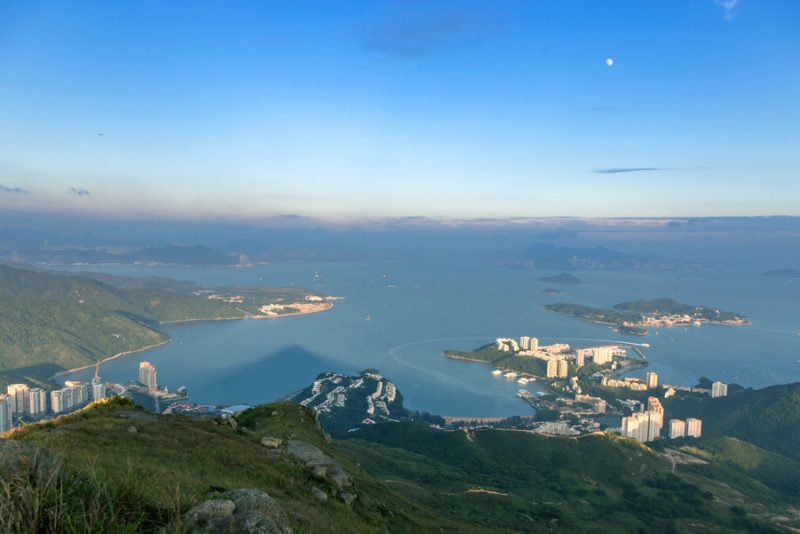 This is Hong Kong’s largest island and can be found at the head of Pearl river. It has a mountainous terrain with several historic and cultural sites dotting the landscape, with the Big Buddha being the most notable. It has numerous hiking trails, a 19th-century fort, the Tai O fishing village, and Discovery Bay to keep you busy if you prefer to come onshore for some exploration. 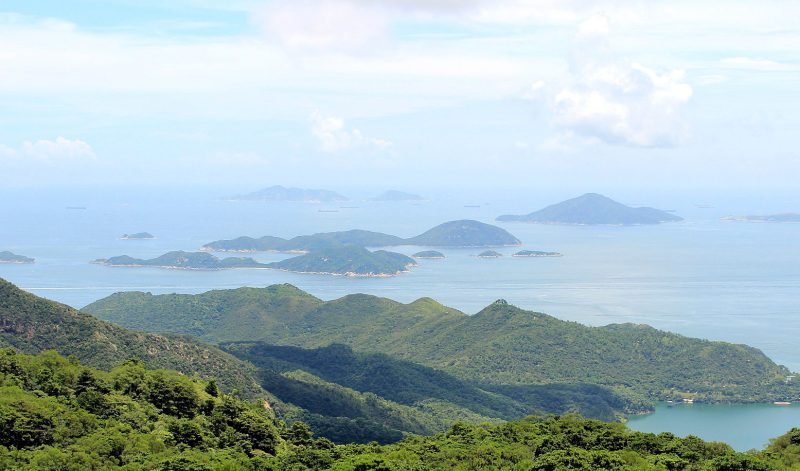 If looking for something more remote and less populated, try the Soko Islands which are about a two-hour journey by charter from the harbour. Now uninhabited, there is still evidence of its earlier human habitation in the form of abandoned homes and temples. Now desolate fishing and farming villages dot the landscape that is steadily becoming overrun by nature. It has several idyllic beaches that make for lovely scenery if just sailing past.

On the easternmost edge of Hong Kong’s territory lies Tung Ping Chau. Considered its most remote island, it remains part of the Hong Kong UNESCO Global Geopark. It heavily features rocky outcrops along its shores, with those on its eastern side appearing like flat layered formations. Be sure to spend some time at the Cheung Sha Wan beach which has a rich coral reef beneath its turquoise blue waters that are perfect for snorkelling and diving. 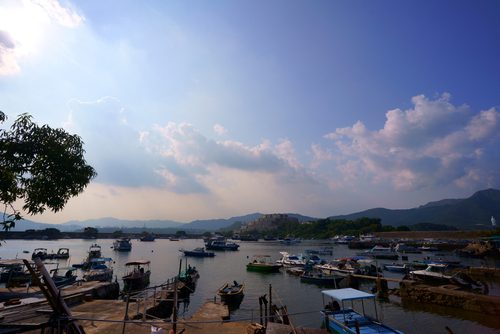 Once a Hakka migrant settlement, this small wild offshore island has received a UNESCO heritage award for its preservation of a 19th Century chapel named St. Joseph’s. Much of the island is overgrown with forests but does have several excellent hiking trails to explore and lead to a hilltop pavilion from which you can capture wonderful views of the open waters beyond. You can also bike, visit the old salt pans, a museum and the local fishing village. 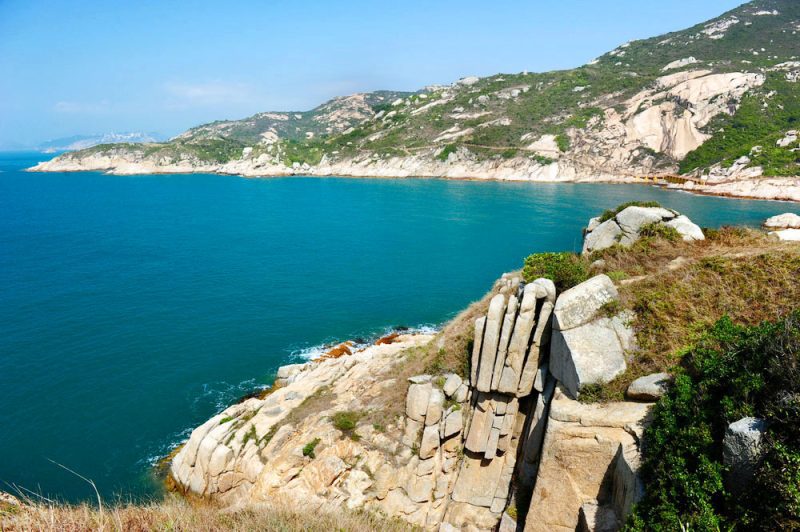 Hong Kong’s southernmost island looks like it has been carved out of granite with numerous rocky outcrops at the shore and further inland. Considered one of the most beautiful Hong Kong islands, it also hosts pre-historic rock carvings on a cliff at Nam Tum. Travel to its west coast to dine at its famous Ming Kee Seafood Restaurant and enjoy a few drinks as the sunsets.