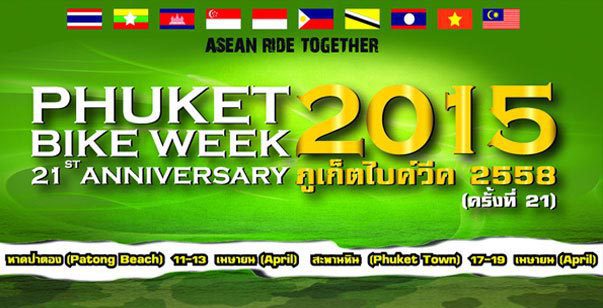 Back to Charter News
Search
18th April 2015
Share this 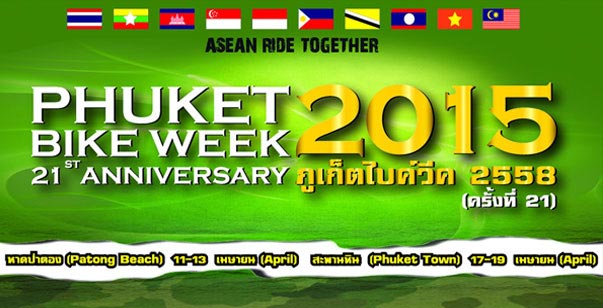 If you are on a Phuket yacht charter at the moment, you can’t have failed to notice that now is the annual Phuket Bike Festival.

Phuket Bike Week is the biggest motorcycle event in Asia, and this year it celebrates it’s 21st anniversary. If you are on a Phuket yacht charter, but fancy seeing for yourself what’s going on, then be sure to stop off in Phuket between the 11th and 19th April to see some of the festival highlights.

The event is always set in April, normally organised to coincide with Songkran, and even from your Phuket yacht charter, you are likely to hear the rumble of masses of big motorcycles roaring around the hills and roads of Phuket Island. Phuket Island has a long history of bikes, and Phuket’s Bike Week is one of the largest gathering of motorcycles in Asia, with almost 25,000 people joining the festival annually. Phuket itself has more than 30 riders clubs alone.

What goes on during the festival?

If you do decide to head ashore from your yacht charter during the festival, there are lots of fun events organised, not only for the bikers, but for friends, families and visitors to the island. There is the Motorcycle Exhibition; showing off the various types of bikes and custom built rides.
There is a traditional Miss Phuket Bike contest, The Bike Parades “Ride for Peace”, parties on the beach, open air concerts and other events that run during the Bike festival week. Many visitors who are on a Phuket yacht charter at this time of year, come ashore to share in the festivities.

Is there a theme?

This year the Festival is strongly promoting the “ASEAN Ride Together’ theme to show the unity of spirit between the other Asian riders visiting from many neighbouring countries, such as, Malaysia and Singapore.

What shouldn’t I miss?

The main events and attractions take place on Patong Beach during the first half of the festival, and then moving on into Phuket town for events towards the end.
If you do happen to be a motorcycle enthusiast, then the motorcycle exhibition has to be a don’t miss event for you, as you can get up close and have a good look at some of the amazing bikes on display, including lots of brands such as Harley Davidson, BMW, Yamaha and Kawasaki. Every year crowds flock to see the custom bike show where many custom made bikes are on display.Evening entertainment consists of parties most nights on the main stage at Loma Park in Patong, as well as lots of opportunities to sample the local street food on sale. You can also buy some pretty cool souvenirs during the festival from motorcycle gear like helmets and outfits, or caps, stickers, bandanas and other motorcylce paraphernalia.

If you are on your Phuket yacht charter with your family, then fear not as it is a very family-friendly event, with a fun atmosphere around. Many of the bikers are nowhere near as tough as they look! They welcome families who want to take photos and admire their stylish motorcycles!