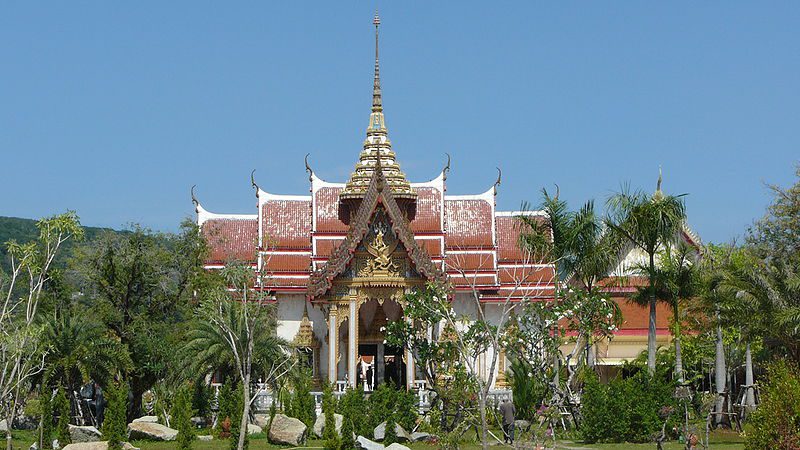 Back to Charter News
Search
28th March 2015
Share this 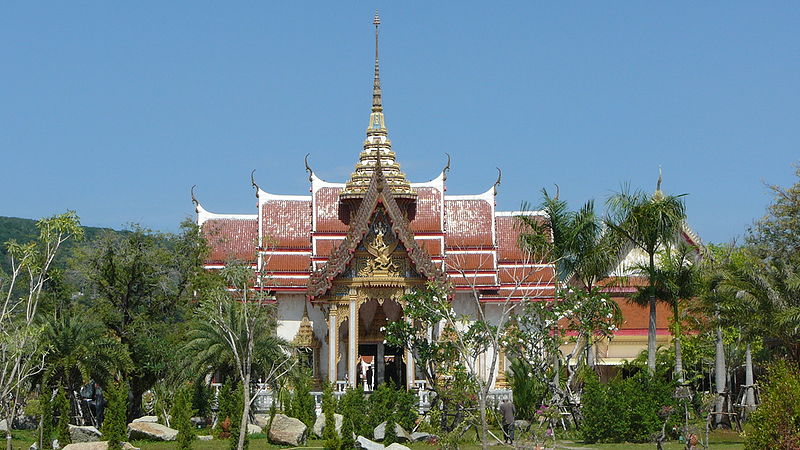 If you are doing a Phuket yacht charter holiday anytime soon, then as well as the amazing coastline and islands to explore, there is also plenty to do and see on land too.

Today we are looking at some of the don’t miss things to do when in Phuket, yacht charter or not!

Chalong has a great deal to offer the visitor if you want to see some of the onshore sites whilst on your Phuket yacht charter.

Probably one of Phuket’s most revered landmarks the Big Buddha is located on top of the Nakkerd Hills, which are found between Chalong and Kata, around 6 km away from Phuket. The Big Buddha is called in Thai –  the Phra Puttamingmongko Akenakkiri Buddha and is known as a symbol of hope.

The Big Buddha is huge and is about 45 metres high and 25 metres wide at the base, so it can be seen from a distance away. The body of the Buddha is covered with beautiful white Burmese marble that sparkles and shines in the sun, so is quite a breathtaking sight to behold.

The site itself also gives you a superb 360-degree view of the whole of Phuket island, so definitely worth a trip inland to give you a birds-eye view of the superb sailing area you are doing your Phuket yacht charter in!

Once you get near to the Big Buddha, it is a very peaceful and tranquil spot, where the only sound comes from the background dharma music playing from the Buddhist compound.

It can get very busy with up to a 1000 people a day visiting and the only funding comes from donations, which are often made by visitors leaving messages for passed on family or friends. Donation boxes are located throughout the visitor hall, as well as a history of the project and some Buddhist teachings.

If you are planning on doing some onshore exploring as part of your Phuket yacht charter holiday and are thinking of visiting the Big Buddha, then remember to dress respectfully and appropriately, so not beachwear and make sure you are suitably covered up.

Whilst on your Phuket yacht charter, it is definitely worth exploring on shore and including a visit to Phuket Island’s spiritual centre; Wat Chalong, which is situated about 8km south of Phuket town.

A Wat is a Buddhist temple which are very important symbols in Thailand, where the majority of the population are Buddhist. They are normally magnificent symbols, and Wat Chalong is no exception as it is decorated beautifully with hundreds of tiny glass pieces that provide millions of reflections. The temple is visited by many hundreds of people every year and has been open for over a hundred years. You will see many Buddhist statues important to the local people in Wat Chalong, such as Ta Khee-lek, a local who was famous for winning many lotteries after conferring the Poh Than Jao Wat statue. Other statues to be found are the ex-abbots of the temple; Luang Poh Chan, Luang Poh Chuang and Luang Pho Gleum.

The Grand Pagoda dominates the temple, and contains a splinter of Lord Buddha’s bone, there are wall paintings throughout the pagoda all depicting the Buddha’s life story which are fascinating.

On special holidays in Thailand, fairs are hosted at the temple where you can buy and taste many of the local Thai cuisine. The temple is open every day from 7am to 5pm.

The temples in Thailand are very sacred so as such, you need to wear appropriate clothing that covers your shoulders, torso and legs. In some of the buildings you will also be expected to remove your shoes. Observe how the Thai people are behaving inside the temples too, and follow their lead, you will notice how they are careful not to position themselves any higher than any of the Buddha images.