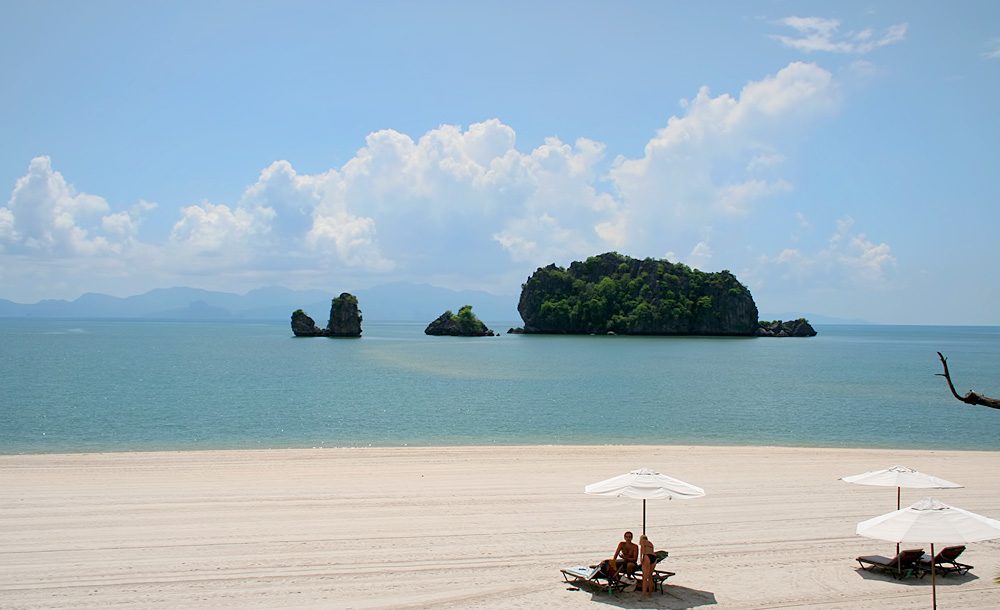 Back to Charter News
Search
10th January 2017
Share this

Charter in Langkawi in 2017

Langkawi is the perfect choice for your New Year yacht getaway with its crystal turquoise waters fringed with lush jungle and teaming with a stunning array of wildlife. It really is the most breath-taking part of Malaysia for all you nature lovers out there. In this article, we will have a look at the animals you can come into contact with on the jewel of Kedah.

Langkawi is the largest of a cluster of over 100 islands on the west coast of the Malaysian Peninsular. It has a world-renowned reputation for being an unspoilt holiday destination – it is clean, green, and welcoming which is pretty much a triple threat when it comes to vacations! The government there is very keen on development being low impact to the surrounding environment, meaning that the island is not overcrowded, and the plants and wildlife do not suffer as a result.

IrshadMobarak is the resident Naturalist of the Langkawi rainforest, and he says that the forests are like nature’s laboratory; that is, they are the perfect environment for the evolution of many a creature. What magic. He says the conditions are especially spectacular as it has led to many species evolving swings to be able to fly or glide about the expansive canopies. The remotest corners of the island are the perfect space to lose yourself with the mountainous peaks and the plethora of flora and fauna.

The jungle isn’t the only place where delights can be experienced, on the hot white sandy beaches you can view the paradise flying snake launching itself into the air. It does so by pressing down its rib cage into a kind of concave shape, and at the same time moving its long body to glide on the air and ‘jump’ from branch to branch. Don’t worry it isn’t dangerous, and is actually quite small as snakes come. The flying lizard is another creature you may spy gliding across the sand, or leaping about in the forest. They also spread their ribs out to form wing-like structures to help them travel through the air up to distances of 164ft. Flying frogs are also around, but they use their splayed webbed feet, not their ribs to glide up to 50ft. The little amphibians get everywhere, and their chirpy croaking is simply enchanting.

The cheeky monkeys are the animal that gets the most attention from visitors however. The Macaques may try and reach into your bag and steal your lunch, but they are so adorable you are unlikely to care. Watching them swing through the trees really is one of the most magical experiences on this island. At the beach, you are likely to come into contact with the more reserved black and white dusky lead monkeys who are content resourcing their own lunch from the trees. They are known to be sleepy creatures, which is quite hilarious as their markings give them a constant surprised look.

The evening is just as awe-inspiring as the day time in Langkawi. Colonies of bats, bats in their thousands, come to life and elegantly sweep the forest in search of food. It is also the time the world’s only winged primate; the flying lemur (which doesn’t really fly and isn’t really a lemur) comes out to play. It is not related to the lemurs we all know and love from Madagascar, and it glides not flies. The only other species of flying lemur is one in the Philippines. These animals are nocturnal, and have comb like teeth which they like to groom each other with.  This creature is one of the main reasons people come to the island, to see it in its natural habitat in all its glory. You may also catch a glimpse of the civet cat prancing along the branches trying to catch its dinner. There is also the large Javanese flying squirrel whose flight is probably the most impressive.

Another one of visitor’s favourites in terms of land animals is the Sunda Slow Loris which is quite a shy creature. The nocturnal marbled cat is also a beautiful creature to be seen, and the greater mousedeer too. There are also various species of squirrel and shrews which are a little trickier to spot due to their small and swift nature. The clouded leopard is known to live on the island, but its numbers are so small it is quite unlikely you will be lucky enough to catch a glimpse.

The skies are constantly alive in Langkawi, and the air is teaming with glorious birds of prey. The White-bellied Fish Eagle and the Brahminy Kite are two of the most famous birds you can see swooping around, eager to plug fish from the shallow waters. The Kite is particularly common, but that doesn’t mean it is any less beautiful. Ornithologists or simple bird enthusiasts are sure to have great fun on the island. The island is on the migration path from northern Asia, and birds fly through when they are en-route to Australia or Indonesia for the winter. Kingfishers can also be found, most notably the rare Brown-winged Kingfisher which is unusually large and boasts and orange head and breast as well as deep dark brown wings. The sunbirds are the most common, and their bright colours and beautiful song will not disappoint.

As well as all the on land wonders, Malaysia’s biggest marine park ‘Tun Mustapha Park’ includes Langkawi as one of the 50 islands in its area. It was launched as an official park earlier in 2016 and it covers one million hectares of ocean. The park has been hailed as one of the most ambitious conservation ideas to date, with fishing being part of the plan unlike most sustainability efforts. The initiative will help improve local fisherman’s knowledge of sustainable fishing, and aim to reduce the number of small scale fisherman using destructive methods which harm the aquatic environment.

The potential due to existing rich biodiversity is finally being championed, with many species of coral and accompanying reef fish. There will be ‘no take zones’ established where all fishing will be banned but other areas will be more active and these areas will be known as community zones. This will mean fish-stocks have the chance to naturally catch up with the demand. The area has the real potential to be a world class scuba and snorkelling site, but it needs to be looked after properly and the balance between ecological and economic needs struck. Langkawi is a great place to visit for whale and dolphin watching which is something the local government is also keen to promote.

There are many marine conservation efforts being made in Langkawi such as mangrove planting, beach cleans, and coral regeneration projects. There is also coral cleaning, reef walking and coral feeding programmes which you could take place in should you desire. All of these are efforts to conserve the natural habitat of the wonderful array of aquatic life that use the waters and corals as their homes. You may be able to spot sealife such as black tip sharks, barracudas, lionfish, lobsters, and moray eels. Nearby islands also have a number of wrecks to explore, which are home to various molluscs and invertebrates. If you venture a bit further afield to PulauSegantan, you may be lucky enough to spot such creatures as the nurse shark, puffer fish, or the scorpion fish.

The Langkawi community is very lucky indeed with all this fascinating wildlife around. They are heavily reliant on visitors coming to enjoy what is in their own back yard so to speak with around 80 per cent of them using tourism as their main source of income. This means that in Langkawi you are treated like royalty, and the locals simply can’t wait to welcome you. You can explore some of the more authentic side of the island through biking down the narrow dirt roads in the countryside, or visiting one of the sleepier local fishing villages. In the more remote areas you may also be lucky enough to find a buffalo herd bathing in the mud, or stumble across a local artist creating something beautiful. Of course, you will also have to stop off and try some of the local cuisine such as the roti canai with a side of tea tarek.

Langkawi really is a paradise. It boasts world-renowned mangroves, a UNESCO Geoforest Park, and is an ecological dream. You can find fish that walk, and monkeys that fly. There are opportunities to watch crabs dig their homes just before the tide comes in, and great majestic eagles on the hunt. There are inquisitive otters, beautiful hornbills, and wondrous waterfalls under which to bathe after a long walk in the jungle. Langkawi is the most exciting place for nature lovers to visit this year, and is made all that more special when you charter one of our yachts.

So if you want a wild, wildlife filled, sun drenched, authentic tropical Malay experience, head to Langkawi for your yacht getaway in 2017. With its dense jungle to explore, striking shorelines to meander along, and its pristine seas to dive into, we can promise you, you will have the time of your life, and some.

New Phuket Island
Share This
Previous
Back to all news
Next