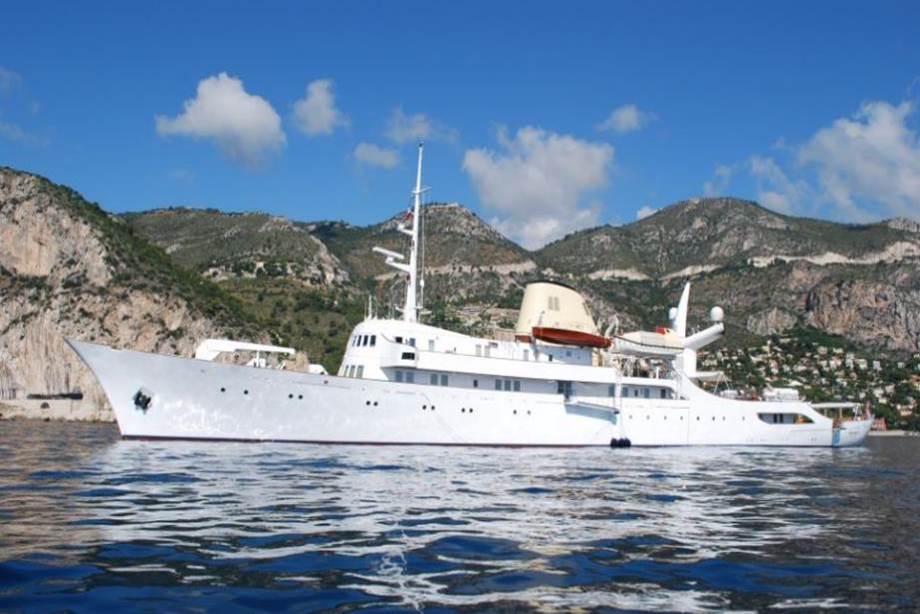 Starting life in World War Two as a Canadian frigate, Christina O was purchased in 1954 by Greek shipping magnate Aristotle Onassis, who transformed her into the most luxurious private yacht of her time. She went on to host a wealth of illustrious guests, ranging from Marilyn Monroe and Frank Sinatra to John F Kennedy and Winston Churchill.

Onassis epitomised the life of the superyacht elite, garnering a reputation as the original jetsetter, but following his death in 1975, Christina O fell into disrepair. Luckily, a meticulous restoration project led by a family friend of Onassis was completed in 2001 and, today, charterers can enjoy the resonance of her unique past with the ultimate in luxurious accommodation and on-board service.

Styled in the early fifties by Caesar Pinnau, the exterior of Christina O easily stands out among other superyachts on today’s charter market thanks to her distinctive clipper bow, long sheer line, rounded superstructure and dazzling white topsides, and this is not forgetting her trademark, vibrant yellow funnel. A variety of vast open-air spaces across Christina O offer a multitude of options for lounging and socialising. The top level of the yacht, known as the compass deck, is well-primed for sunning, with a line of chaise loungers and a bar, while the spacious promenade deck below features an aft spa pool, and alfresco dining and bar setup. Most impressive is the main deck, where Onassis’ swimming pool has been faithfully restored with its renowned Minoan bull and vaulter mosaic. What’s more, the bottom of the pool can be raised to form a dance floor.

Christina O’s expansive interior was completely gutted during her most recent refit, with notable artefacts salvaged and sensitively restored. Aftermost on the main deck is the Lapis Lounge, named after its original lapis fireplace, which remains in place, and decorated in the style of an English country manor house. The main deck is also home to a dining salon with a 24-seater table, and the Aris Bar, which boasts its original rope-covered bar, whale fang bar handles and whale-skin bar stools. A majestic atrium with a striking mosaic of the Onassis omega logo then allows guests to access the two further salons on the promenade deck above via a spiral staircase.

Known as the Onassis Suite, the yacht’s master stateroom stretches across the forward section of the bridge deck and comprises three rooms: large sleeping quarters, a white Penteli marble bathroom and a book-lined study. The latter is oak-panelled and boasts the original onyx fireplace, while the bedroom is illuminated by authentic Baccarat crystal wall lights, adding to its elegance.  The other accommodation on board comprises 10 double staterooms on the main deck forward and eight convertible cabins on the lower deck.

As well as her impressive lounging and dining facilities, Christina O also features a unique variety of leisure and entertainment facilities, particularly on her promenade deck. These include an oak-panelled library with green upholstered chairs and settees, and a huge saloon, boasting three large seating areas. This space can also serve as a ballroom, with a raised dais for the orchestra, as well as a cinema thanks to a drop-down screen and state-of-the-art sound system. There is also a glass-panelled gymnasium on board and a music room with a Steinway piano where the likes of Maria Callas and Frank Sinatra once performed.